I am fascinated by the tale of Job.  The Bible tells us that he was a good and righteous man.  He followed all the religious laws.  He never spoke against God. He was good to his friends and family.  In fact Job was perfect!

Job and his contemporaries believed that God would reward the good and righteous with good health and the comforts of life.  No one doubted he was righteous because everything in life was going so well for him.  He had good health.  He had a healthy and strong family.  He was blessed with great wealth.  Life couldn’t be much better.

But then disaster strikes.  The story tells us that God had been showing off to the angel Satan.  God tells Satan how righteous Job is and that nothing, not even famine and illness, would turn Job against God.  So Satan asks for God’s permission to see if he could get Job to curse God by making him suffer terribly.   God agrees and allows Satan to test Job.  So everything in Job’s life begins to fall apart.  Life becomes a scourge of suffering and pain.  Initially, Job holds up his optimism but then moves into a place of feeling sorry for himself.

Now when we refer to Satan, he was part of the Holy Order.  His job was to report to God on the behavior of God’s people.  Satan wasn’t the enemy of God, as was believed many year later.  Satan was doing his duty by testing Job.  He was part of God’s team.

Job becomes more miserable to be around.  Eventually his family and friends begin to believe that he must be paying for some terrible sins he has committed.  But Job insists on his faithfulness to God and refuses to curse God, despite the wishes of his wife.

However, I wonder if Job’s wife deserves a little bit of credit here.  I think some of her womanly wisdom told her that if Job was going to be able to move on that he would need to let out the anger against God that she knew to be in him.  I don’t believe she was tempting him to sin but encouraging him to heal.

The story of Job was challenging the world view of the time.   The author of Job is challenging his readers to understand that blessing is not a reward for good behavior and neither is curse or punishment for sinfulness. God will do, what God will do, whether we like it or not.  We will suffer for what seems like no reason.  And often there is no reason other than being alive on this earth. At times of great blessing in our life we all need to do say thank you to God and not take any credit for it ourselves.  Sometimes we are just at the right place at the right time.

Even, with all the scientific information we have today, we still deal with blessing and curse in much the same way as Job and his contemporaries did.  How often have you caught yourself pleading to God: “What have I done to deserve this…?”  I still experience people blaming the sick for their own illnesses.  Does a person who smokes deserve to die of lung cancer more than a person who chooses to live in a large city with high amounts of smog?  Does a person living with HIV/AIDS who contracted it from their husband any more saintly than a person who caught it through a sexual relationship with a person of the same sex?  I don’t think so!

This same mindset continues on today in our economic theories. The god of capitalism, the “market” is understood/believed to act in the same way that world of Job and his contemporaries understood their God to act.  Yet many people in our country believe the same today.  The idea is that if you work hard you will benefit.  If you don’t work hard you will suffer.  So if anyone is struggling in life it must be their fault.  If you are poor then it is your fault.  If you are rich you deserve it.   We blame the victim so do we don’t have to take any responsibility for the inequities in the world.

If we really think about it Capitalism is not perfect.  Sometime it is very destructive. During last economic crisis our economies collapsed because of poor choices that were made out of greed.  It wasn’t the people in the high positions who were hurt.  It was the little guy, who paid the consequences.  It was the ordinary people like us who paid the price.

Obviously there are consequences for choices we make.  Yes a person who smokes is more likely to die of lung cancer.  Even a person who drives everywhere and never exercises probably has a higher risk of heart disease.  Yet each of us have and continue to make a mixture of choices.  There is no perfect person out there.  We all have our vices.  But the consequences of our poor choices are not punishments from God.  Many destructive things happen in our lives that are beyond our control.

The truth for me is that each of us has to take full responsibility for ourselves.  Once we are able to open our hearts again we can consciously co-create with God to help to make the world a great place to be.  To care for each other.  To celebrate and share our success in the good times and hold each other up during the hard times.  We are in this life together.  We cannot do it without each other.

The God I believe in has promised to journey with us through all the ups and downs of life.  For me God does not want us to suffer, but will help us to journey through the tough times and may even show us signs of resurrection through bringing out new life out of pain and hurt.  God will continue to bless us in ways that boggle our minds and fill our hearts with joy. 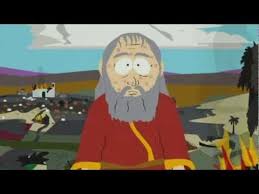 Today is the first Sunday in Advent. Today we focus on hope. Are you hopeful?  Are you looking forward to the future or do you fear the kind of world we are leaving for our grandchildren and great grandchildren? Do you believe that with God’s help we can make the world a better place to live?

I have hope when:

More so, the author of Mark calls on his people to live as though the world has already been transformed into the Kindom of God. He calls upon them to live with hope even though that hope sometimes is hard to find.  He promises that God has something better for them and the whole world.  There will be a radical change.  There will be disruption that will turn the world upside-down!   Suddenly the lowly will be honored.  Those with much will be humbled.  But he reminds them we will never know when this radical holy intervention will take place.  The challenge is to live as this transformation of love has already happened.  Mark’s message was received with thanksgiving!

Sadly this apocalyptic scripture has been misinterpreted.  Apocalyptic simply means revelation.  It was a message of hope often written during times of great oppression.  It was not intended to be an excuse to ignore the injustices of the world.  It was never intended to set up divisions between the saved and unsaved.  It was never meant to ignore the realities of the world. It was a never an intention to keep the status quo. You see God cares about all people.  God cares about living on this amazing earth.  It is not all about the afterlife!

Many North American Christians have corrupted the scripture into making our faith all about following a particular dogma.  This serious misinterpretation has led to movements so focussed on reaching the hereafter that they ignore the realities of the world.  It is often wealthy people who do not want to give up their privilege that often comes from the abuse of God’s creation; that does not require them to share their own wealth; that doesn’t require them to clean up the earth.  Why would you worry about the health of the world if you can’t wait to leave it in some glorious nuclear war?  Then even to make this even worse they begin to think that nuclear war is good thing because it will get them to Jesus.

So when Mark talks about the new world.  This is not a heavenly world, but one grounded in the here and now.  This is a new world order where human kind will live peacefully, and sustainably.

I want to end with some words from a great speech of Martin Luther King Junior, using apocalyptic speech that talks of the real hope that Jesus was about:

One hundred years later, the life of the Negro is still sadly crippled by the manacles of segregation and the chains of discrimination . . . So we have come here today to dramatize a shameful condition . . . Some of you have come here out of great trials and tribulations. Some of you have come fresh from narrow jail cells . . . Continue to work with the faith that unearned suffering is redemptive . . . Go back to Alabama, go back to South Carolina, go back to Georgia, go back to Louisiana, go back to the slums and ghettos of our northern cities, knowing that somehow this situation can and will be changed. Let us not wallow in the valley of despair.
I say to you today, my friends, so even though we face the difficulties of today and tomorrow, I still have a dream. It is a dream deeply rooted in the American dream.
I have a dream that one day this nation will rise up and live out the true meaning of its creed: “We hold these truths to be self-evident: that all men are created equal.”
I have a dream that one day on the red hills of Georgia the sons of former slaves and the sons of former slave owners will be able to sit down together at the table of brotherhood.
I have a dream that one day even the state of Mississippi, a state sweltering with the heat of injustice, sweltering with the heat of oppression, will be transformed into an oasis of freedom and justice.
I have a dream that my four little children will one day live in a nation where they will not be judged by the color of their skin but by the content of their character.
I have a dream today . . . And when this happens, when we allow freedom to ring, when we let it ring from every village and every hamlet, from every state and every city, we will be able to speed up that day when all of God’s children, black men and white men, Jews and Gentiles, Protestants and Catholics, will be able to join hands and sing in the words of the old Negro spiritual, “Free at last! Free at last! Thank God Almighty, we are free at last!

May we each incarnate the Hope that Jesus has passed on to us making the world the place that God intends it to be. 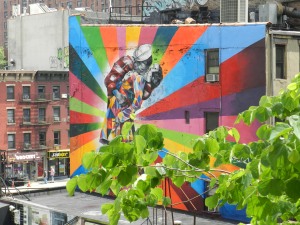